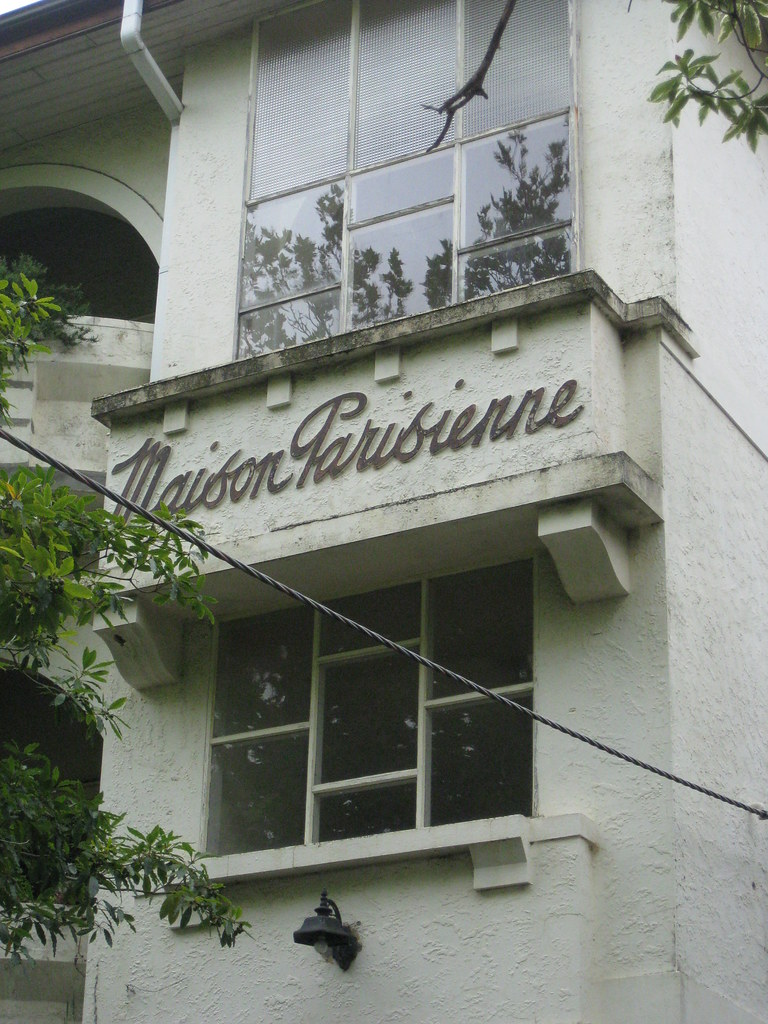 "Maison Parisienne" is a small Arts and Crafts style complex of flats in the Melbourne suburb of Balaclava. Sadly, these flats have suffered the worst of modern renovations over the years such as the enclosing of the stairwells in Streamline Modern windows in the 1930s, however you can still see some of the beautiful original design. The building is built of stuccoed brick, a typical Arts and Crafts design element, as are the bowed balconies with their elegant archways. Her name "Maison Parisienne" is perhaps her most enchanting feature, emblazoned upon an upper balcony, her stylish copperplate picked out in russet paint. The name reminds us of whatever she may be now, "Maison Parisienne" was once a chic set of bijou flats that were very fashionable to live in. After the Great War (1914 - 1918), higher costs of living and the "servant problem" made living in the grand mansions and villas built in the Victorian and Edwardian eras a far less practical and attractive option for both those looking for new housing, and those who lived in big houses. It was around this time, in answer to these problems, that flats and apartments began to replace some larger houses, and became fashionable to live in. Flats like those found in the "Maison Parisienne" bijou complex would have suited those of comfortable means who could afford to live in Balacalva, and dispense with the difficulties of keeping a large retinue of staff. With its elegant arches, it mirrored the prevailing uncluttered lines of architecture that came out of England after the war. 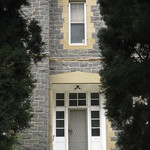 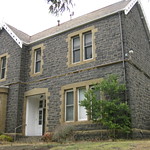 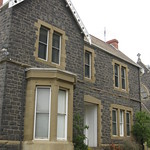 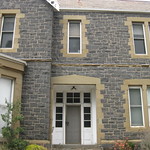 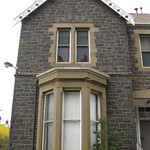 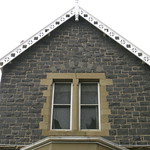 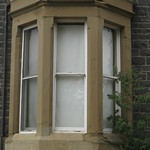 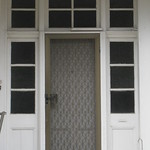 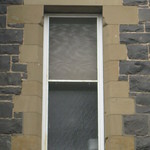 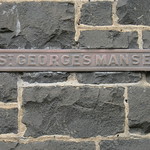 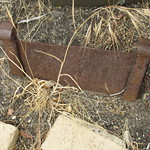 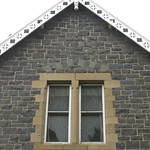 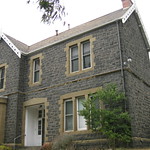 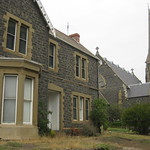 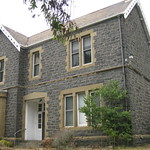 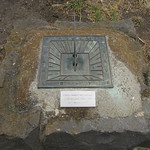 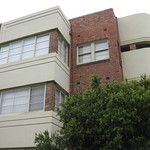 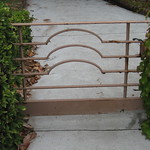 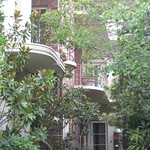 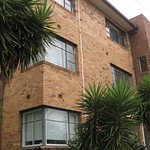 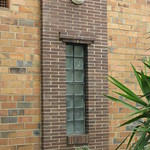 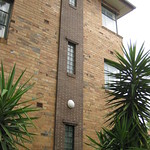 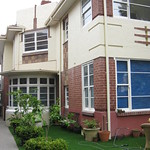 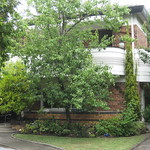 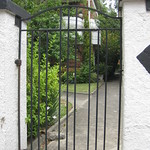 The Gate to a set of Streamline Modern Flats - Elwood